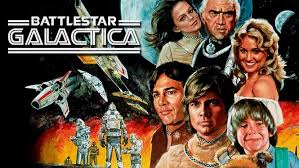 When I entered junior high, I discovered Greek Mythology.   When I was 13 I  came up with an original idea.  What if mythology was based upon real people.  What if all the Greek heros and gods were people who came as settlers to our world,maybe because of war on their own world.

Who knew that at 13 years old, I was an ancient alien theorist.  (The idea behind a History Channel  show.)

In 1978 Battlestar Galactica came to television.   When I thought of the idea, I was a child, and when the television show came out I was a young mother following another path.  I was not the writer, producer, nor director.  This was only one of a long line of my ideas that came into being thanks to the efforts of others.

Original ideas float through the air around us, and many of us may respond to these ideas nearly simultaneously.   Having a good original idea doesn’t make it yours. Having an original idea is an invitation to get to work.  You can’t copyright, license,  nor sell an unformed idea.   You can take your idea and run with it.  You can craft the idea into your vision.

As proof, I offer our daily prompt.  We all start with the same word, but there are no two postings alike.

14 thoughts on “My Original Idea”